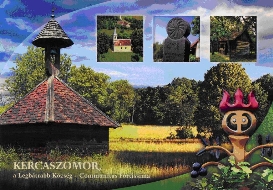 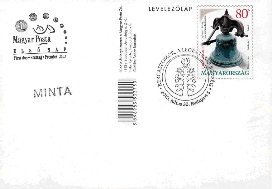 Since the first written record in 1208 Kerca and Szomoróc were two separate settlements, the Hungarian population there protected the western border in return for special favours and the population of the two villages drove away the intruders from the latter at the end of the First World War with the border guards. Many of them were imprisoned for their armed uprising, but as a result of their brave act and patriotism in the February of 1922 Szomoróc was able to return to Hungary. In celebration of this the bell of their unique propped and log-walled bell tower constructed in 1877 was recast in Sopron with an inscription immortalising the liberation. The two Calvinist communities were united at the beginning of the Second World War with the name Kercaszomor. Today the village stretching among stands of pine, interwoven with hiking paths, where once many potters had worked, is a popular tourist destination in the Őrség National Park. The Saint Martin international hiking trail passes through Kercaszomor into Slovenia, and here you can walk along the Fürge Cselle study trail which takes you through colourful meadows full of rare species of butterfly. Source: text by Kálmán Soós