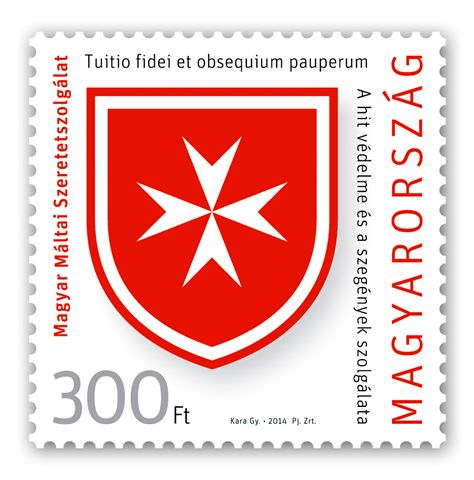 Magyar Posta is commemorating the 25th anniversary of the foundation of the Hungarian Maltese Charity Service by issuing a regular stamp. The Charity Service’s well-known emblem is in the centre of the design and is framed by the motto that has guided all branches of the Maltese order worldwide for over nine hundred years: “Tuitio fidei et obsequium pauperum” – Defence of the Faith and assistance to the poor. The first day cover for the stamp shows some characteristic scenes of the organisation’s activities and the commemorative postmark includes the jubilee logo, designed by graphic artist György Kara. The stamp with a HUF 300 face value was produced at the printers Pénzjegynyomda Zrt. using a combination of offset varnish and embossing, and the number of copies will be determined dependent on demand. The stamp is available at selected post offices and Filaposta in Hungary from 4 February, but may also be purchased from Magyar Posta’s online store.
In the autumn of 1987 Csilla Freifrau von Boeselager from Germany met the parish priest of the Sacred Family church in Zugliget, Budapest, Imre Kozma. They were both seeking ways of supporting the poor, and discussed underequipped hospitals and social homes, pensioners struggling to make a living, the difficulties young families with many children face, as well as the problems of moral values and spiritual life, and ways of providing help. As a result, in the spirit of the nine-hundred-year-old ideal of the Sovereign Military Order of Malta, the Ungarischer Malteser Caritas-Dienst was founded in Germany in December 1988. The Hungarian Maltese Charity Service came into being on 4 February 1989 and its founding president was Father Imre Kozma. The symbol of the organisation is the eight-pointed cross representing the eight beatitudes of the gospel.
The Hungarian Maltese Charity Service cooperates with numerous organisations in carrying out its charitable and rescue activities, and is held in high esteem by the public. It fulfils a major role in caring for the homeless and has launched a unique programme to support physically and mentally disabled people. The charity plays an important role in providing care for the elderly and supporting families in distressed situations. The organisation lays great emphasis on looking after abandoned, orphaned and vulnerable children and young people.
The Hungarian Maltese Charity Service, which has almost eight thousand members in seven regional organisations and one hundred and fifty local groups, is one of the country’s largest civil organisations. Source: maltai.hu 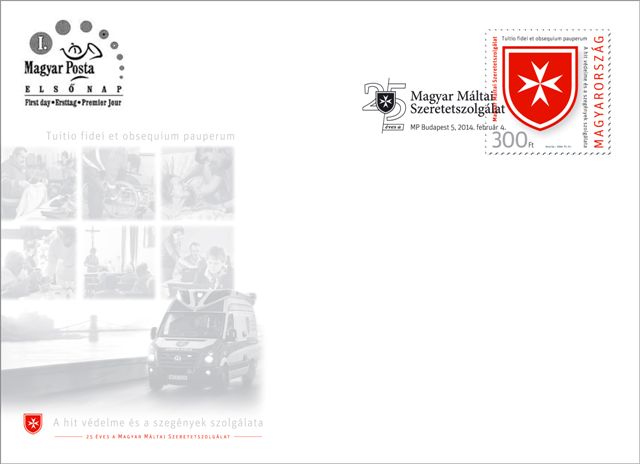